Many studies have looked at the effect of using hypnosis for fertility, labour and birth, as well as the likelihood of post-natal depression in women.
Hypnosis has been shown to improve fertility, both for natural conception and assisted conception.
Hypnosis has positive effects on labour and birth (shorter labour, fewer instances of instrument deliveries and caesarean sections), and gives the baby a better outcome (measured with the Apgar score). Addtionally, women using hypnosis for their second or subsequent births feel more in control, confident, relaxed and focused, and less fearful, than during their other birthing experiences (1, 2).

One study published in the journal Fertility and Sterility (Levitas et al, 2006, Soroka University, Israel), looked at the impact of hypnosis on the outcome of embryo transfer. Not only did the authors find that the pregnancy rate was doubled in the group who was receiving hypnosis sessions compared to the control group, but they also had a more favourable attitude towards the treatment.
In another study published in the Journal of Assisted Reproduction and Genetics (Poehl et al, 1999, Institute for Sterility Treatment, Vienna, Austria), women who accepted psychotherapeutic counseling (including hypnotherapy) had an increased chance of pregnancy compared to those who had refused. This led the authors to argue that people had to be informed better of the positive effects this had rather than just offered it on the form without explanation. Psychological therapies were described in conclusion as an essential part of the IVF treatment.

Length of labour and birth

Studies have looked at the length of labour and birth for women having their first baby or subsequent babies. These studies consistently find a reduction in the length of the first (1-7 hours shorter) and second stage (about 20 minutes shorter) of labour for women who were using hypnosis compared to women who were using the Lamaze training or relaxation training (3, 4, 5, 6, 7). Women using hypnosis for labour and birth also reported being more satisfied with the birth or their baby as well as reduced anxiety and better sleep patterns.

In a randomized control trial study in Florida, none of the 22 teenagers in the hypnosis group experienced forceps or ventouse intervention compared to 60% in the control group (10).
Another study reported that women who had prepared for the birth of their baby using hypnosis were giving birth to babies with a higher Apagar score, fewer caesarean sections, forceps or ventouse deliveries and a higher rate of spontaneous birth than in the general population (11).

The length of stay in hospital has been reported as shorter in the hypnosis group compared to the control group (10).

(9) Hornyak, Lynne M. and Joseph P. Green.
Healing From Within: The use of hypnosis in women’s health care. Washington, DC: American Psychological Association, 2000. 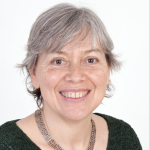 Muriel Bouvier Cognitive Hypnotherapist in East Finchley & Highgate. For a no-obligation consultation either by phone or email, or to book an appointment please get in touch on 020 8374 4468 or my mobile 07903 251 636. You can also email me via my contact page and I shall reply as soon as possible.